The NHL is not a computer game. Many team hockey operations lament that fans tend to have an unrealistic sense of how things work thanks to hockey games like EA Sports NHL Hockey.

1. Here’s a tip that you need to ALWAYS remember: All GM’s want to make their teams better.

3. Teams don’t need average to above average players in most circumstances unless their team is really bad. And if they ARE really bad… then they don’t want contracts. If they are really good, then they will only want to trade prospects for those players.

4. MORE is not necessarily better. So those fans trying to constantly offer Kulemin, Hickey, and Bailey doesn’t get you an elite or even near elite player because you’ve offered all three. That’s not how it works. So stop.

5. Every team evaluates players and prospects differently and has different team needs. FOR EXAMPLE: Mikhail Sergachev and his still to begin Entry Level Contract had/has more value to many NHL teams than Ryan Pulock (age/contract). This is why you can’t compare apples to oranges when trades are made.

6. Not all draft picks are equal (in any round). An early round 2nd AND a 3rd pick may have more/equal value to a late 1st round pick.

7. You don’t just call other GMs and say: “I want so and so and I’ll give you X”. If the player you are asking for is not on market you’ll be shut down quick and look stupid in doing so.

8. GM’s talk all the time, and trades happen – IF AT ALL – at the speed appropriate for both teams. So here is an FYI: Looking desperate not a good strategy, folks.

All of the above is why so few trades happen and when they do, #1-8 of this list matter in each and every one. It is something to remember because outside of the expansion team trades to and from Vegas, there has been very little trade activity overall. These are the reasons. 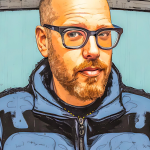